Tax Burden On Upper-Incomers Is Rising

The tax burden on upper-incomers is rising, according to the new IRS statistics.  The top 1% of all filers paid about 38.1% in 2012, the most recent year IRS has analyzed.  That’s a 3% increase from the previous year.  The top 1% only reported 21.9% of total adjusted gross income (AGI), yet they paid a whopping 38.1% of all taxes, a 16.2% difference.  Filers needed to have AGI of at least $434,682 to qualify for the top 1% of earners.  That tax burden should be even higher when 2013 stats are available since the top tax rates were increased under the Obama administration. The data shows that these taxpayers in this 1% level pay much higher effective income tax rates than lower-income taxpayer, in fact, nearly seven times higher than the bottom 50% of taxpayers.  The effective tax rate for 1% was 22.8% vs only 3.3% for the bottom 50%.

Data was from the Tax Foundation 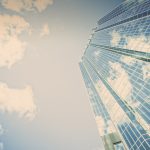